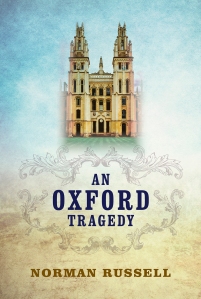 An Oxford Tragedy by Norman Russell

1894, Sir Montague Fowler, warden of St Michael’s College, Oxford, dies from apparent natural causes but an autopsy reveals that his body was full of the deadly poison mercuric chloride. Detective Antrobus of the Oxford city police is summoned to investigate. Who would benefit most from the warden’s death? His three children are all in desperate need of money and each are embroiled in their own scandal. Antrobus’s list of suspects grows as it seems everyone had something to gain from the death. Aided by pioneer physician, Sophia Jex-Blake, the detective sets about unravelling the truth behind this Oxford tragedy.

Norman Russell was born in Lancashire but has lived most of his life in Liverpool. After graduating from Jesus College, Oxford, he served a term in the army and was later awarded the degree of Doctor of Philosophy. He now writes full-time. Among his previous novels published by Robert Hale are Depths of Destruction, The Dorset House Affair and The Calton Papers.

Buy your copy of An Oxford Tragedy here. 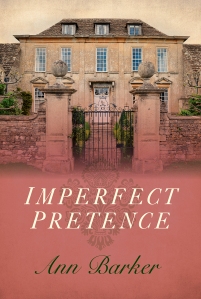 Max Persault loves his sea-faring life as a ship-owner and merchant. When his cousin Alistair, the newly elevated Duke of Haslingfield, appeals for his help, he finds himself masquerading as the duke and on his way to Cromer, while Alistair sets off to France to complete an undercover mission. Before even arriving at his destination, Max has aroused the suspicions of Miss Constance Church. Constance struggles with her misgivings about Max. At first dismissing him, she soon begins to suspect that there may be much more to him than meets the eye. In this lively and comedic tale of love and masquerade, first impressions are questioned, judgments are upturned and pretences must eventually come undone.

Ann Barker was born and brought up in Bedfordshire, but currently lives in Norfolk. For more information about Ann Barker and her books, please go to http://www.AnnBarker.com. 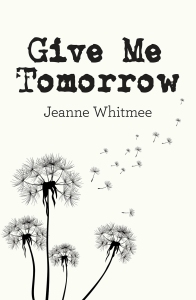 Give Me Tomorrow by Jeanne Whitmee

The Davies family is as dysfunctional as they come. When Frank marries a younger woman, Susan, his ten-year-old daughter Louise feels pushed out, and even more so when baby Karen arrives. Now, years later, with her father gone, Louise feels even more the odd one out. Obsessed with finding her birth mother, she distances herself from her family, hiding the truth of her flailing acting career from them, and spitefully makes trouble for Karen whenever the opportunity arises. Karen meanwhile wants to return to her career as a teacher after baby Peter is born, but her husband Simon has other ideas. Susan longs to see her girls reconciled and to pick up the threads of her own life again.Eventually each one, in her own way, is shown the path to happiness. But will they take it?

Jeanne Whitmee originally trained as an actress and later taught Speech and Drama until taking up writing full-time. She has written many novels including Too Late to Paint the Roses, To Dream Again and True Colours, also published by Robert Hale.

Buy your copy of Give Me Tomorrow here. 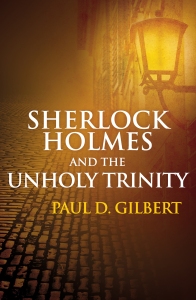 Sherlock Holmes and the Unholy Trinity by Paul Gilbert

A colourfully dressed Bedouin interrupts the breakfast of Sherlock Holmes and Dr. Watson with a cryptic message of warning: they must stay away from the affairs of his people. Before long the detective and his assistant are dispatched to the Vatican to investigate the murder of Cardinal Tosca. Considered the Pope’s natural successor, Tosca was killed as he worked on the translation of an ancient scroll. All clues point towards Holmes and Watson’s Bedouin intruder and there are whispers of the involvement of a so-called ‘unholy trinity’. The duo embark upon a dangerous trip to Egypt, the birthplace of the Coptic Church, to uncover the nature of a parchment missing from Cardinal Tosca’s office and, ultimately, the motives of the Bedouin.

Paul D. Gilbert was born in North London and now lives in Harrow with his wife Jackie and their two sons. As well as his passion for the work of Arthur Conan Doyle, he also enjoys history, science-fiction and Tai Chi. His previous two novels, Sherlock Holmes and the Giant Rat of Sumatra and The Chronicles of Sherlock Holmes, were also published by Robert Hale.

Buy your copy of Sherlock Holmes and the Unholy Trinity here.