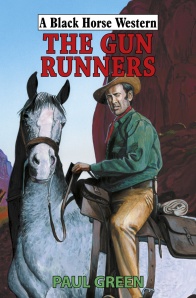 I have always enjoyed reading westerns and watching western films because the genre covers such a broad range of themes. It is possible to write about revenge, betrayal, love, greed, redemption and a host of other issues. The historical background provides a lot of rich material for writers as the West was going through a time of rapid change in the late nineteenth century. The violent and often lawless nature of the society can be drawn on to produce stories that contain conflict, action and suspense.

Writing westerns enables me to escape into a completely different world which is as much about the mythical west of the imagination as the real one inhabited by actual people. I enjoy creating stories in which characters must win gunfights, face bandits and cross vast deserts on horseback while safe in the knowledge that I will never have to do any of these things myself. Westerns provide all the drama I could wish for without having to leave home.

I’ve always loved westerns. As a boy growing up in London during the Blitz, my favorite game was playing Cowboys and Indians on the rubble of bombed-out buildings. My favorite movie stars included many western heroes, such as John Wayne, Joel McCrae, Audie Murphy and Randolph Scott; and two of my favorite films were Red River and Stagecoach.

‘As a boy growing up in London during the Blitz, my favorite game was playing Cowboys and Indians on the rubble of bombed-out buildings’ – Steve Hayes

When I came to the States in 1949 as an actor, Westerns were in and through my close friendship with Errol Flynn I became friends with many famous western writers like Borden Chase, Louis L’Amour and William Bowers. At their urging, I decided to start writing westerns myself. My first story became a movie called Escort West. After that I turned to TV and began writing shows like How the West Was Won, Gunsmoke, Bonanza, Maverick, The Westerner, etc. I found I could express my ideas of justice, fair play and gentile treatment of women in westerns more than any other medium. Westerns also fit my terse style of writing.

Today, even though I write other genres as well, my true love is still westerns.

Drifter by Steve Hayes is available to pre-order now 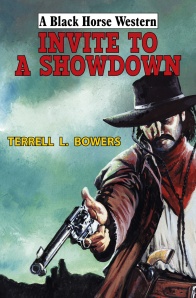 Westerns are in my blood. From the first movies I ever saw to Saturday Westerns on television, I remember heroes like Hopalong Cassidy, Sunset Carson, Johnny Mack Brown and Bob Steel. Through the years I graduated to the more modern screen heroes like John Wayne, Gary Cooper, James Stewart and Clint Eastwood. I played cowboys from the time I could walk until my early teens, had my own horse and gun from the time I was eight. Grasshoppers, mice and wasps could not escape my BB gun and I began shooting for real at twelve.

One of the things I try to do as an author is stick to history. That means the guns, means of transport, and often some actual history is included in a number of my stories. I don’t read a lot of fiction, but I do read a lot of history and personal stories of triumph or sacrifice during the 1850-1880 years. My own great grandmother, Mary Goble Pay, was part of a handcart company that came from England to Utah in 1846. During their journey, they were too late in making the trip and suffered from the cold and snowstorms and hunger. At thirteen, she lost her mother, a baby brother and another brother during that bitter ordeal. All of her toes were frozen and had to be amputated. Reading her journal still brings tears to my eyes, but she endured to have a bunch of kids and teach Indians to speak English.

‘After a couple hundred books, I grew tired with some of the characters and plots. I wanted more humor and more he and she action so I started to write my own’ – Terrell Bowers

When I was out of high school, my dad got me interested in reading Westerns. After a couple hundred books, I grew tired with some of the characters and plots. I wanted more humor and more he and she action so I started to write my own. It took me 15 years of rejections slips and a dozen failed titles until I finally got published in 1979. A few years later I discovered Hale Books and landed a few titles with them. I still enjoy writing about the Western era, an innocent time when one man could make a difference.

The news that western novels are dead or dying comes along every decade or so – news that is greatly exaggerated.

Many western novelists say they grew up on a diet of Gunsmoke and Wanted Dead or Alive with a smattering of Bonanza. I grew up where much of the West happened. My granddad earned enough money making charcoal for the silver mines in Nevada to buy four sections of range in Arizona, some land along Show Low Creek, and to add more, he homesteaded 160 acres in a place called Fool’s Hollow where the country club is now located. We always had horses and cows and pigs and chickens. We raised our own truck. We raised corn for us and for our animals. We branded and castrated and earmarked and swabbed it all with pine tar oil to keep the blowflies away. In other words, I lived my boyhood in circumstances not far removed from those I write about.

When settlers moved into a new territory and set up a new town, chances are the first public building was a church, the second a school. They were there to build a life. They had strong ideas of right and wrong. They worked from dawn ‘til dark just to get along. And sometimes they couldn’t make it. But most of the time they could.

My western stories are often not quite as bloody as some. Most of them are about people I could have called neighbor in my boyhood years. Most of them could have worked side by side with my granddad. I respect these people. I believe their will to build a life would serve us well today. And I hope my stories may influence some reader to try a little harder and to realize that one person really can make a difference.